Meet Our Illustrator Judges for Annual 17

As in years past we have gathered an outstanding group of illustrators for our jury. Here's a little about each one.

A graduate of the MFA program at the School of Visual Arts, Rafael Alvarez is now based in Berlin. A few of his clients include ESPN—both print and online, Scientific America, Men’s Health, Billboard, Hollywood Reporter, Sports Illustrated, The Washington Post, New York Times, as well as animated promotions for the NFL. His work has been recognized by American Illustration, Society of Illustrators, Society of News Design, Creative Quarterly, 3x3 and was a finalist in both the World Illustration Awards and Illustrative Berlin.

You’ll find Thomas Danthony in either London or Barcelona working on a client list that includes Google, New Yorker, Transport for London, Hennessy, The English National Opera among others. His work has been recognized in a number of award shows including the Cannes Lions and D&AD for his work in advertising campaigns. In addition, his gallery work has been shown in both Paris and New York.

Former advertising art director and creative director Takahisa Hashimoto now devotes his energy to illustration whether it’s book covers, posters for the Tobu Department Store or work for Mazda, TRANSIT magazine, WIRED or Yoga Journal. His long list of awards includes gold medals from the Society of Illustrators, Art Directors Club of New York and 3x3; other awards came from American Illustration, One Show, Tokyo Art Directors Club and Tokyo Illustrator Society as well as being named on of the top ten artist at Artexpo New York.

Blood Bros. is the brainchild of Tokyo-based illustrator and animator Emile Holmewood. Originally from New Zealand working as a graphic designer before making a career shift to illustration while living in London. His international roster of clients includes The Guardian, Apple, Bank of America, BBC, Harvard Business Review, Seamless and The Sunday Times to name a few.

Born in Russia, Natalie Pudalov was educated at the Bezalel Academy of Art and Design in Jerusalem and the Academy of Art and Design in Stuttgart, Germany. Now a full-time children’s book illustrator in Israel she’s a seven-time finalist at the Bologna Book Fair, a Golden Pinwheel winner in Shanghai, Best of the Best category in a recent Hii Illustration Show as well as Communication Arts, 3x3, Graphic Designers Association of Israel and winner of the Yossi Shtern Prize for illustration excellence.

Mexico City-born Cecilia Ruiz is an author, illustrator and graphic designer now based in Brooklyn. She has a degree in graphic design from Universidad Iberoamericana and a MFA in illustration from the School of Visual Arts. Her work has been recognized by the Society of Illustrators and American Illustration. Some of her clients include he New York Times, Google, Penguin Random House, Fast Company, Atlas Obscura, Dropbox and The Brooklyn Museum. Her debut children’s book as author/illustrator was considered the most imaginative books published in 2015 and her first picture book was a Junior Library Guild Gold Standard Selection.

We are pleased to have these distinguished illustrators on our jury along with art directors Benjamin Bours, Nathan Huang, Katja Kollmann, Victoria Bee and design director Syndi Becker.

Open for entries
Posted by Charles at 5:09 PM 59 comments: 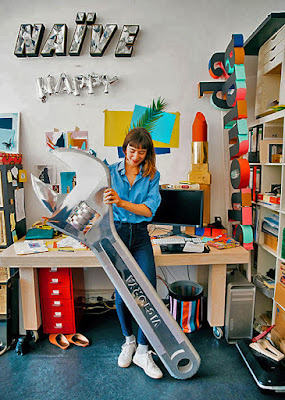 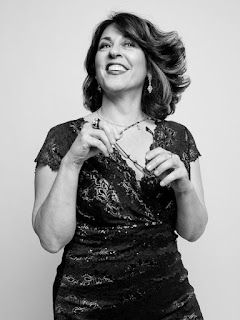 Syndi Becker, a graduate of the School of Visual Arts, has built her career around magazines. Starting at New York magazine back in 1989 where she stayed for seven years—that's 350 issues including special issues, features and departments as well as supervising junior designers for other sections of the magazine.

From there she moved to American Health magazine as art director helping rebrand the general health magazine into a women specific publication. Followed by a stint at Smart Money landing at Money magazine next for another seven years, which included a total redesign of the magazine, before moving to Alix Partners as consulting design director developing branded content for their website. And then fourteen years with Time Inc Content Solutions overseeing the design for digital and interactive projects as well as custom published magazines, e-newsletters and related collateral. Her background in commissioning illustration and photography is extensive.

Currently she is Executive Design Director at Foundry 360.

We are pleased to have Syndi on our jury along with fellow art directors Benjamin Bours, Nathan Huang, Katja Kollmann and Victoria Bee. Illustrators Rafael Alvarez, Tatsuro Kiuchi, Emile Holmewood, Cecilia Ruiz, Natalie Pudalov, Thomas Danthony and Takahisa Hashimoto round out our distinguished panel of judges. 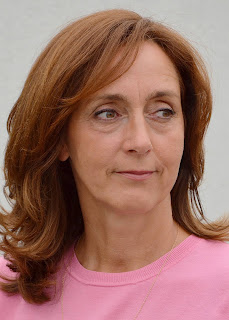 Katja Kollmann is an award-winning art director whether it was with Die Zeit or her current position at Der Spiegel. Kollmann studied graphic design at The Hochschule Wismar, University of Applied Sciences: Technology, Business and Design. Following graduation she joined Die Zeit, the German national weekly newspaper in 1998 working in different positions including Zeit-Leben and Zeit-Geschichte. In 2007 she became the art director for Zeit-Magazin. And starting in 2014 she was art director of the business magazine, Bilanz. Other magazine experience includes a stint at L'Officiel.

In 2017 Kollmann moved to Der Spiegel to manage the cover picture department. A huge fan of illustration she has commissioned the likes of Edel Rodriguez, Nishant Choksi, Ben Wiseman, Francesco Ciccolella and Zohar Lazar as well as the omnipresent Tim O’Brien. She is producing graphically stunning and successful covers that have an immediate response. She and her team are also responsible for covers for Dein Spiegel, Spiegel Geschichte and Spiegel Biografie.

Kollmann has received numerous awards from the Art Directors Club and Society of News Design including gold, silver and bronze medals for design of Zeit-Magazin and Zeit-Leben.