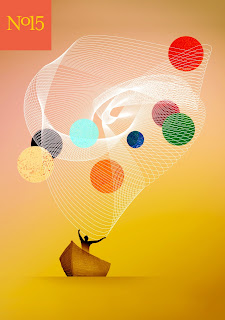 We’re beginning the design process which always starts with the cover. This year we had quite a number of potential cover images which we narrowed down to a select few before selecting Brian Stauffer's winning image from our show. This is a bit of a departure for us as we always look at each new cover in context with previous years—this image doesn’t fit our mold which we’re rather excited about.

As our founder Charles Hively said, “I feel at 3x3 we always look for new trends in illustration, unfortunately the recession slowed down that progress. Art directors were avoiding taking chances so while the work was strong there wasn’t much movement toward new work. That’s changed over the past couple of years and we’re pleased to see a number of really wonderful examples in this year’s show that push illustration forward. Brian’s work exemplifies that direction.”

Our annual is slatted for delivery in early December but we’re taking orders now for both the printed Annual and the digital edition. Winners and art directors will receive a complimentary eBook of the Annual once it’s released. Winners receive a discount on the print edition, our Best of Show winners receive a free copy.

The 3x3 Illustration Annual No.15 will be available on select newsstands and bookstores worldwide. Order your copy today.

Funny Ladies at The New Yorker - This Thursday 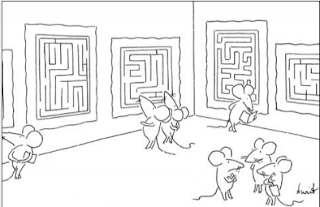 The Society of Illustrators is holding a panel discussion featuring your favorite funny ladies!

Hosted by Liza Donnelly the curator of Funny Ladies at The New Yorker: Cartoonists Then and Now, and a cartoonist herself. She'll be joined by cartoonists Roz Chast, Liana Finck, Carolita Johnson and The New Yorker Cartoon Editor Emma Allen.

This event will be followed with a reception to celebrate the exhibit.

Open to the public. Free to attend. Cash bar. 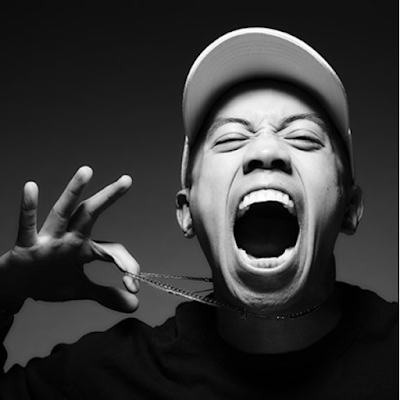 MFA Visual Narrative and SVA Library present a talk by MTV's Vice President of Design Rich Tu (MFA 2009 Illustration as Visual Essay), who will present his work, process and the story behind it all.

Open to the Public

Rich Tu is currently a VP of Design at MTV. He is a graduate of the School of Visual Arts’ prestigious Illustration as Visual Essay program and received the “Young Guns” award from the Art Directors Club. He has exhibited at galleries and festivals in New York, Los Angeles, Berlin, as well as the SCOPE Miami festival, during Miami’s Art Basel week. Commercially, his clients include the New York Times, The New Yorker, Business Week, Alfa Romeo, Bombay Sapphire, G-Shock, Nike, Converse, American Express, NPR, NorthFace Purple Label, Coca-Cola, Verizon, Skype, Fuse TV and Hamilton The Musical, among others.
Posted by Charles at 12:33 PM 112 comments: 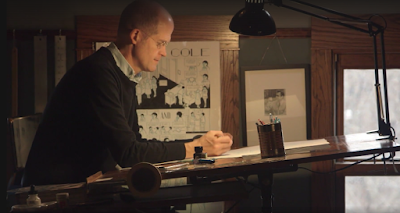 Happened to stumble onto a segment of Artists of the 21st Century, aka Art21, which is a wonderful series covering contemporary art. And surprise, surprise their Chicago segment featured comic artist and illustrator Chris Ware.

Take a look. And a interesting write-up. Also check out Nick Cave, also in the Chicago segment.
Posted by Charles at 11:39 AM 161 comments: