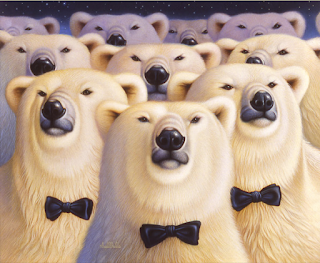 I’m not sure about you but as an artist and designer I’ve always been the most worried about losing my eyesight. And today, unfortunately it’s happening to artist/illustrator Braldt Bralds; if that wasn’t tragic enough he’s also in the process of losing his home. We’re helping spread the word and illustrator Anita Kunz has started a GoFundMe campaign for Braldt and I encourage you to join me in supporting this effort. Please give whatever you can, even if it's a small amount.

Braldt Bralds was born in the Netherlands and like many artists was always drawing; at age twelve he attended the Grafische School in Rotterdam studying the graphic arts. Other than that training, he is self-taught. Braldt became a successful illustrator in Holland and soon in America. His work has appeared on the covers of Time, Newsweek, Der Spiegel, Omni Magazine, The Washington Post, Rolling Stone, Atlantic Monthly and in Esquire, Playboy, Penthouse, and National Geographic. He’s illustrated book covers, illustrated advertising campaigns and designed stamps for both the United Nations Postal Service and the United States Postal Service.

He’s a recipient of the Society’s Hamilton King Award and was inducted into the Dutch Society of Illustrators Hall of Fame. While in New York he taught at the School of Visual Arts including the Masters Program and has lectured and conducted workshops throughout the US, Korea and Japan. Moving away from illustration to focus on his paintings he has received wide acclaim for his work.

Please make your contribution today. And you can support Braldt in other ways as well, there are a wonderful collection of giclee prints for sale.