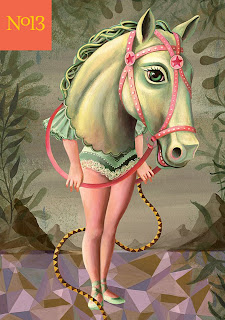 In our hurry to get our winner’s announcement out we neglected to post our winners in our blog.


3x3 is pleased to announce the medalists and merit winners for its thirteenth annual illustration competition. With nearly 4,600 entries only 14% were accepted as medalists or merit winners. Winners represented 37 countries including countries beyond the Americas and Europe—China,Vietnam, Egypt, Russia and Turkey to name a few—providing a truly universal look at the world of illustration. 58% of all winners were from the United States, 43% from outside the country.

In addition to our merit and medalist winners we also announced our honorable mention winners which represent 7% of our total entrants. A complete list of winners is on our site.

A big thank you to our judges. And congratulations to our winners.

The 3x3 International Illustration Annual No. 13 will be shipped in December, our eBook edition and website will be available then as well. We're accepting pre-orders for the print edition now.