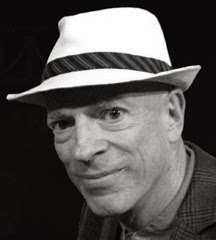 He recently left Mother Jones and now divides his time between being art director at Brink magazine and his yoga studio. Mother Jones received the National Magazine Award for General Excellence twice during his tenure there.

Work that he designed or commissioned has appeared in the Society of Publication Designers Annuals, American Illustration, Society of Illustrators, Print and Communication Arts. He also teaches yoga in San Francisco.

What Tim J Luddy will be looking for:

As an editorial art director, I’m interested in illustration that finds energetic combinations of form and content to communicate with power, precision, and wit.

Check out this link for a further insight to Tim's work with illustration.
Posted by Charles at 5:12 PM