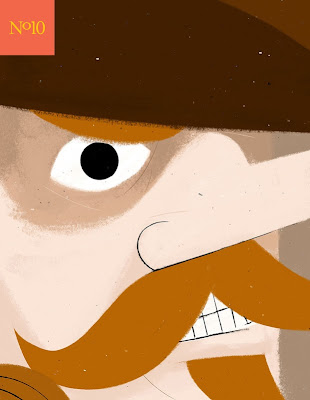 Chris Van Allsburg to be Honored
by the 2013 Carle Honors 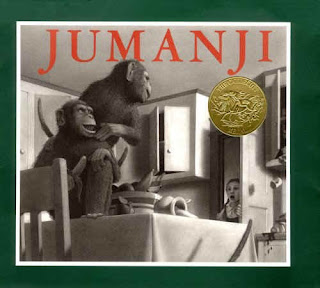 In the Artist category, The Carle will recognize Chris Van Allsburg, the groundbreaking artist and author and winner of two Caldecott Medals for Jumanji and The Polar Express.

Other honorees include Phyllis Fogelman Baker, influential editor and publisher; Lynda Johnson Robb and Carol Rasco, Reading is Fundamental and Barbara Bader, author of American Picturebooks from Noah’s Ark to The Beast Within.

The Carle Honors is a critical fundraiser for the The Eric Carle Museum of Picture Book Art, helping to support the Museum’s mission of inspiring of love of art and reading through picture books.

For ticket and sponsorship information, including the ability to sponsor an educator to attend the gala, please contact Rebecca Miller Goggins, Director of Development at rebeccag@carlemuseum.org or 413-658-1118. 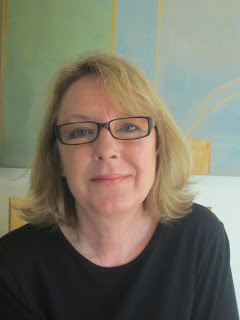 We’re pleased to announce a new addition to our virtual studio, Laura Tolar. Laura heads up her own design firm and will be helping us out with future publications of 3x3. In fact she completed the pre-press work on Issue 22 which went to press last week.

“Laura and I go back a long way, she was my right-hand person at my agency down in Houston for a number of years and we’ve kept in contact since my move to New York. She is a super-detailed individual with a great deal of experience and we’re happy she can help us out as we move forward.”

Thanks to today’s technology we’re able to work in two different cities on the same project. 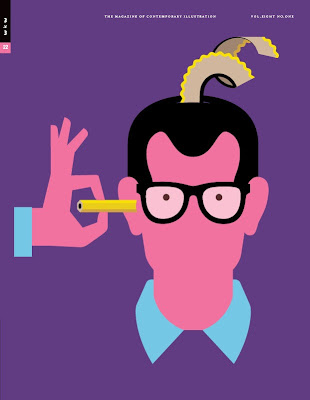 As we start our eleventh year we are sending the final issue of 3x3 Magazine to press. Eleven years ago today the idea of 3x3 was born in a bedroom in Queens. In the past ten years we’ve produced twenty-two issues featuring sixty-six illustrators as well as 356 illustrators from around the globe in our gallery, showcase and spotlight sections. We’ve profiled leading art directors who favor illustration. We’ve hearlded many of the icons of illustration. We’ve tried to feature only the best of the best. But after ten years, we must pause and ask one question. Are there better ways to fulfill our mission? I feel the time has come to step back, suspend publication of our magazine and explore new directions.

Perhaps too at this stage in my life I hear the ticking clock grow louder There are projects lying dormant on my desk. Books I want to write, monographs to edit and design, podcasts to produce, apps to develop and design projects in the idea-stage that deserve to see fruition.

Without a doubt we will continue to be an active voice in promoting the very best of illustration. Our juried Annual will remain visible on newsstands across the globe. Our site will continue to offer both back issues, blogs, books and annuals and soon new offerings.

We invite you to continue the journey with us. And see where the next ten years takes us. Change is good.

In this final issue we will be featuring Aad Goudappel, Harry Campbell and Beppe Giacobbe as our main featured artists and our Spotlight section will be featuring the conceptual artists Paul Garland, Jon Krause, Jon Reinfurt, Anthony Tremmaglia, Jim Tsinganos and James Yang. Our profile is illustrator, designer and art director Matt Dorfman from The New York Times Op-Ed and our Icon is David Suter who was a frequent contributor to the Op-Ed pages. And our final CareerTalk speaks to the issue of artist's rights. And as a special feature we’ll reproduce the gold medal winners of the 2013 ProShow.

In closing, I’d like to thank all of you who have supported 3x3 Magazine throughout the years and I hope you will continue to support our efforts going forward.

Cover illustration by Aad Goudappel
Posted by Charles at 11:12 AM 289 comments: