We're continuing to put together our international panel of judges for our 2011 shows, check below for the names of our judges so far and deadlines. Call for Entries will start to be sent out in January.

Deadline for the ProShow is March 4. Be sure to add your name to our list by clicking the link at the bottom of this page.

Deadline for the Student Show is March 25. Call for Entries go out in January. Be sure to add your name to the list by clicking the link at the bottom of this page.

Children's Show No. 8
We're putting together our panel of judges for the 2011 Children's Show. Stay tuned for the Call for Entries announcement in January.

Deadline for entries is April 22. Call for Entries go out in February. Be sure to add your name to the list by clicking the link at the bottom of this page.

Please include your full name, email address and mailing address so we may enter you into our database for our email blasts.

Important: Please add shows@3x3mag.com to your address book to ensure you receive our mailings.
Posted by Charles at 5:41 PM 62 comments:

The New England School of Art & Design at Suffolk University is seeking an accomplished illustrator to join our new Bachelor of Fine Arts program in Illustration as Program Director and faculty member. Applicants will be evaluated comprehensively with consideration given to the totality of their professional and educational accomplishments.

The illustration curriculum emphasizes foundational drawing, painting and design skills, and the development of those skills in both traditional and digital media. Our mission is to equip our students with the means to pursue creative and meaningful careers as professional illustrators.

This full-time, tenure-track position, at the rank of Assistant or Associate Professor, will begin in the fall of 2011. In addition to teaching in and overseeing the BFA program in Illustration, the successful candidate will be expected to assist in marketing and publicizing the new major, spearhead continued curriculum development, take part in departmental and/or university committee work, advise major students, oversee independent study work with individual students, and participate in the recruitment of students as well as full-time and adjunct faculty.

Specific Skills
The successful candidate will hold a graduate degree, preferably an MFA, in illustration or a related discipline and will present significant evidence of professional work in the field of illustration. Three years of college-level teaching is required; administrative and curriculum development experience is highly desirable. Professional experience, involving the application of illustration skills to a variety of challenges and situations and involving current practices in digital as well as traditional media, is required. In addition to experience, candidates should have demonstrated achievement in the field, as evidenced by peer recognition, professional honors, prominence of clientele and contributions to the field.

How To Apply
Email: wdavis@suffolk.edu

Submission Details
This position is subject to final budget approval.

The deadline for applications is January 28, 2011 and a final decision is expected by April 1, 2011. All application materials, including a cover letter, CV and electronic portfolio (a minimum of 20 examples of professional work and 20 examples of student work), should be emailed to: William M. Davis, Chairman, The New England School of Art & Design at Suffolk University at wdavis@suffolk.edu
Posted by Charles at 12:57 PM 94 comments:

Illustrator Confidence Level is High for 2011

The results of our recent survey shows illustrators see a brighter future for 2011. Based on 469 respondents from the US, Canada, United Kingdom, Europe and Asia, 45% see themselves as better off financially in 2011, 24% will be about the same and only 7% say they will be worse off. This compares nicely to the AIGA Designers Confidence Index that had 42.7% of graphic designers saying it would be better off, 47% about the same and only 10.1% worse. A major difference was 24% of illustrators answered that they didn't know if they would be better off, worse off or the same.

We will be able to break down the research in more specific areas of age, years in the industry and education in an upcoming announcement but for now we wanted to share these top-line results.
Posted by Charles at 11:03 AM 37 comments: 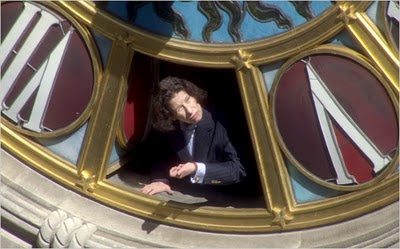 A poignant reminder about the AIDS epidemic is included here, as Fran points out not only did we lose some of our best artists, we lost the audience who loved and supported them. The revelation is clear: we're just not as cultivated as we once were. The film will have you thinking, laughing and commiserating all at the same time. Check it out.
Posted by Charles at 11:49 AM 23 comments:

Here's an idea, want to get more business as an illustrator? Promote illustration to art directors and don't do it for yourself, do it for the industry. Every art director knows when they're being sold something, so no matter how great your promotional mailing, it's coming across as selling. Try another tack.

Give a subscription to an art director whose given you an assignment, or send an annual as a gift. And it's not necessary to be in the magazine or annual though that doesn't hurt. What you're doing is promoting the work of illustrators and the industry as a whole. Sure it exposes them to other illustrators and that could mean more competition for you, but overall it'll be good for the industry. It will help art directors believe that illustration is vital. It's a soft-sell that can work.

Whether it's the Society's annual or ours, a subscription to Juxtapoz, Varoom or 3x3, making more art directors aware of how great illustration can be will mean more work for everyone.
Posted by Charles at 11:25 AM 18 comments:

In writing the blurb for the backcover of our new illustration annual I decided to focus on a problem we all face. Why not more illustration?

I’m often asked why art directors don’t use more illustration. And the truthful answer is that far too few know anything about illustration.  They’ve never been taught about their choices. When I was coming up through the ranks I knew I had three tools in my toolbox: photography, typography and illustration. Today’s educators emphasize only two of these tools. So young art directors have no clue that illustration exists and even if they do they are fearful of finding and working with an artist.

What will the client say?

How do I know what I’m going to get?

Here's what I tell art directors:

Finding illustrators is easy, you’ll generally find them in the same locations as photographers: in annuals, juried shows, galleries and publications.

Hiring them is easy, too. It’s really no different than hiring a photographer with one exception: You can work with the illustrator to develop the visual. And many times a much better one than you can imagine yourself.

In my day I’d always show the client something in the layout but made it clear that I was asking for other ideas from the illustrator. And it always worked, good clients will respect a better idea.

I tell art directors working with illustrators is fun, asking for ideas from someone whose job is visual imagery means you have an extra pair of hands and brain on tap.

Naturally being a subjective world there will be times when no one agrees and at that point everyone is back to square one. But take heart, illustrators will work with you to make it right.

Showing a comp photo leaves little to the imagination, making the leap of faith with an illustrator can mean you’ll end up with an even better idea.

And finally I say: Working with an illustrator may be something new for you but isn’t that a gamble you’re willing to make?
Posted by Charles at 11:09 AM 17 comments: