This summer, Norman Rockwell Museum will honor the 70th anniversary of the United Nations with an unprecedented exhibition at the United Nations Headquarters, uniting the mosaic with Rockwell’s Golden Rule painting, his United Nations drawing, and other works that reflect the artist’s personal beliefs in universal commonalities of mankind as a “citizen of the world.”

Organized by Norman Rockwell Museum with support from the United Nations Foundation, We the Peoples features 33 original artworks, including the artist’s rarely seen 1953 drawing, United Nations. Along with 1961’s Golden Rule painting, the exhibition will feature idea sketches, color studies, and notes for both artworks.

A selection of reference photos taken by the artist at the UN, featuring several of its ambassadors and members of its Security Council, will also be displayed, along with photographs of local models, taken in his Arlington, Vermont studio in 1952, as reference for the artwork.

Other highlights from the exhibition include a series of travel paintings and drawings created by Norman Rockwell in the early 1960s, featuring spontaneous oil portraits of citizens from India and Russia; 1955 drawings from the artist’s sketchbook reflect his observations during a worldwide trip for Pan American Airlines’ advertising campaign; and two paintings of the Peace Corps in India, created for Look magazine in 1966, showcase Rockwell’s idealism and hopeful outlook for the future; digital reproductions of some of his most iconic Civil Rights era paintings also will be included. Additional archival documents and video will support the exhibition.

We the Peoples: Norman Rockwell’s United Nations will be on view at the UN’s Visitors Center in New York City, from June 20 through September 15, 2015. 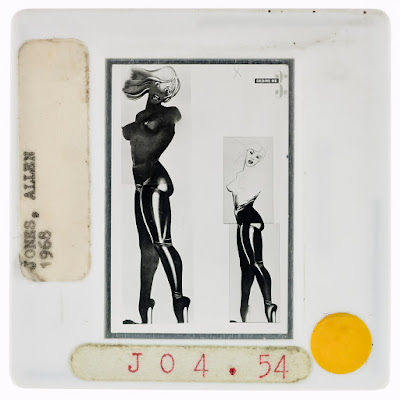 The University Visual Resources Centre is not only an extensive collection of images, it is a record of how and what we were taught in a world that wasn't so instant, in a world where things took a little more time and were not so disposable. It would be a shame if we were to oversee the disposal of this archive.
Posted by Charles at 11:57 AM 42 comments:

The judging is complete and here are the results. Thanks to all our judges for their tireless devotion to judging each of our shows. And thanks to everyone who participated in this year’s annual.

Congratulations to all our winners!

We will be starting on the design and production of the Annual next week with an anticipated delivery by year-end. Congratulations again to all of our winners.