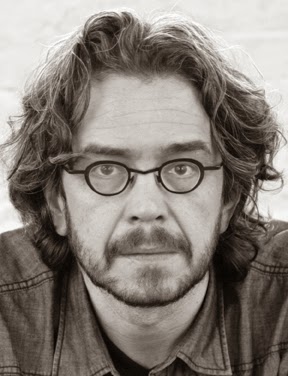 The 3x3 Professional Show is out for judging, time to catchup with our illustrator judges.

Klaas Verplancke has been a full-time illustrator since 1990. At first glance, his drawings and paintings differ a great deal in appearance and execution. But they always display the qualities that characterize him as an illustrator and designer: a sense of humor that can vary from mild to sardonic, a poetic imagination, a preference for illustrating abstract concepts and universal emotions—and a sideways, surrealistic view of reality. He has been honored with a whole series of national and international awards, nominations and selections, culminating in winning the Bologna Ragazzi Award, a bronze medal in the 3x3 Picture Book Show and a selection for the Original Art Show by the Society of Illustrators. www.klaas.be

What Klaas will be looking for

Emotions created by the visual rhetoric of an image are undoubtedly prior to everything else in the process of selection. We embrace our taste, our preferences, our ambitions, our heroes who achieve to starring level that we strive for every day. But illustration is also the art of translating ideas, meanings, opinions and thoughts into a unique visual identity. And seeing is, besides feeling, also a process of recognizing and understanding. Therefore, professional judging needs a mental approach as well, by consciously stepping outside your spontaneous self and questioning your own choices and methods.

The eye opening answers will undoubtedly lead to haunting images of what we see with closed eyes: dazzling shots that make us wonder what happened before and what will happen subsequently, newborn icons that will become history and can stand alone outside the context for which they were originally made, ingenious balance acts on the fine line between clarity and mystery, between simplicity and complexity, between vulnerability and camouflaging mannerism, between academic tradition and groundbreaking innovation.

One thing is for sure: there is no right or wrong in art, only right respect for every piece of art, the most human creation ever.

Judges are not permitted to vote on their own entries. Results of the judging process will be announced in early June.